While reported COVID-19 cases and deaths continue to decrease in most African Union (AU) Member States, the new variant first detected in South Africa (501Y.V2) has continued to spread. Across the continent and globally, countries have announced new restrictions limiting travel to/from South Africa due to the variant. Most AU Member States have tightened or extended existing internal measures as well, with some announcing new mobility restrictions to combat the second wave (e.g. Malawi, Rwanda and Sierra Leone). In the AU Member States that have reopened schools (e.g. Kenya and Uganda) there are reports that many students have not returned to the classroom, mainly for economic reasons. The safety of in-person learning continues to be a hotly debated topic.

DISEASE DYNAMICS (Reference: Africa CDC Outbreak Brief #54)
● Between 17-24 January, the 7-day average of reported new cases decreased by 17% across Africa, while the 7-day average of reported new deaths increased (but only slightly) by 2%. The continent’s decrease in new reported cases is largely due to the recent decrease in new reported cases in South Africa, which continues to drive continental trends.
● On 19 January, South Africa’s health minister thanked South Africans for adhering to the latest restrictions put in place, noting, “It has been encouraging to know that, despite the mutations (501Y.V2), we are still able to protect ourselves with the amour that we have established. This week has seen some promising signs of decline in transmission.”
● The 501Y.V2 variant first detected in South Africa has now been reported in 26 countries globally. In Africa, in addition to being reported in Botswana, Comoros, Ghana, Kenya, South Africa, and Zambia, there have also been unconfirmed reports of the variant in Tanzania (note, at present, global genomic surveillance is limited).
● On 12 January, the Ugandan government blocked access to social media and messaging apps ahead of the presidential election. The Uganda Medical Association raised concern that the election-related internet shutdown could affect their patients’ treatment, especially the access to their insurance and medical records. The 7-day rolling average of tests performed dropped from nearly 4,000 tests on 12 January to under 2,000 tests on 19 January. However, the number of tests performed has increased steadily since.
● In Eswatini, health care workers announced a national strike on 18 January in an effort to receive risk allowance backdated to March 2020. Although nurses in Bungoma, Kenya suspended their strike on 21 January, nurses continue strike nationally in Kenya, which may effect the number of tests performed and overall health system delivery. 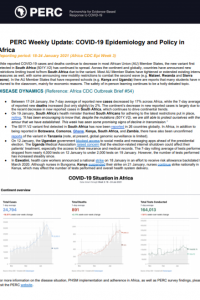 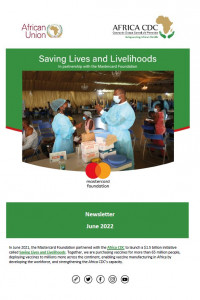 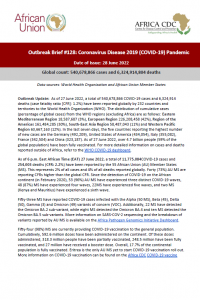 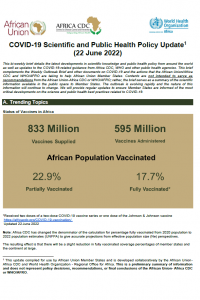 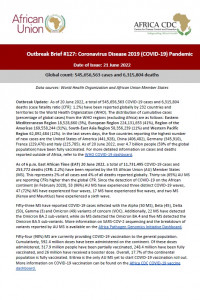 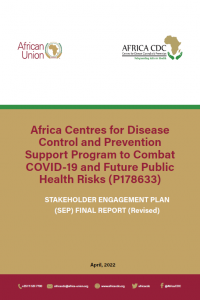 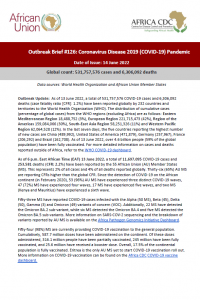