1. Situation
Summary: As of 22 November 2020, a highly pathogenic avian influenza (HPAI) H5N8 outbreak in wild birds and poultry has been reported in 12 countries, mainly in western Europe. The virus has been carried across from Southern Russia to Kazakhstan, and now Eastern Europe through migratory birds heading back to their winter feeding grounds primarily in Africa. As these are migratory birds, and even poultry flocks or products, coming into Africa from the affected regions could be carrying the virus, this poses a threat to poultry flock health, farmer livelihoods, and food security on the continent. And while this particular virus has not caused illness in humans to date, the likelihood of a spill-over event that could impact human health should not be ignored.

Background: The HPAI H5N8 virus of concern is of the H5 2.3.4.4.b. clade that has been circulating across Eurasia and into Africa since 2016. The first report regarding this current outbreak came from southern Russian in late July. To date, 12 countries have been impacted: Belgium, Croatia, Denmark, France, Germany, Ireland, Israel, Kazakhstan, Netherlands, Russia, Sweden, and the UK. The species most commonly affected have been wild and domestic fowl (e.g. domestic ducks, geese, chickens, swans).

While the original virus has reassorted with other wild bird influenza viruses to form new strains of H5N5 and H5N1 HPAI virus, no evidence of spillover of this clade into human populations has been detected. However, direct transmission from an infected bird or through another infected animal reservoir, while rare, is possible.
According to World Organisation for Animal Health (OIE) reports, several African countries have reported previous HPAI H5 or H7 outbreaks over the past 5 years. Specifically, all five AU regions and at least 15 AU Member States have been impacted (Table 1). Nigeria and South Africa are the only two countries reporting ongoing H5 outbreaks this year. 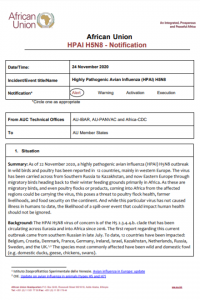 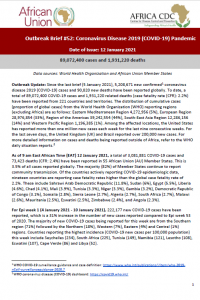 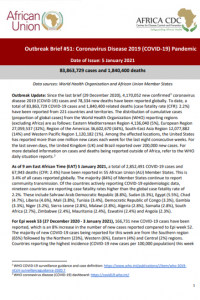 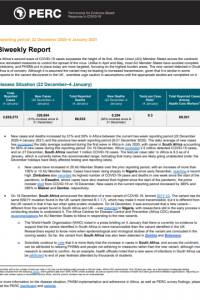 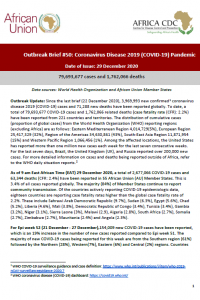 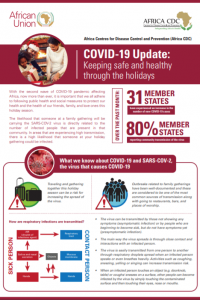 COVID-19 Update: Keeping safe and healthy through the holidays 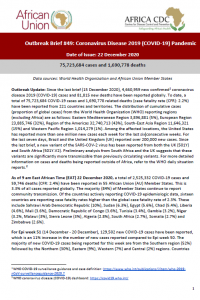 TRANSLATE THIS PAGE >
Scroll to Top
We use cookies to ensure that we give you the best experience on our website. If you continue to use this site we will assume that you give your consent for this.OkRead more