Introduction
Sudan ebolavirus (SUDV) is one of the six species of the genus Ebolavirus. Sudan virus disease (SVD) outbreaks in Africa are highly lethal with case fatality rates ranging from 53% to 100%. Prior to the 2014-16 West Africa Ebola virus disease outbreak, the largest ebolavirus outbreak was caused by SUDV, in the Gulu district of Uganda in 2000, where 425 confirmed cases and 224 deaths were reported. In total, SUDV has resulted in eight outbreaks among humans – the most recent was declared on 20 September 2022 in Uganda. Symptoms of SVD include fever, fatigue, muscle pain, headache, sore throat, vomiting, diarrhoea, and unexplained haemorrhage, bleeding or bruising. The incubation period, which is the time interval from infection with the virus to onset of symptoms, can last from 2 to 21 days.

Transmission
SUDV spreads through direct contact with blood, tissues, and body fluids (e.g., saliva, sweat, tears, mucus, vomit, faeces, breast milk, urine, and semen) of infected humans or animals. The virus can persist in certain areas of the body (e.g., eyes and placenta) and within fluids (e.g., semen and cerebrospinal fluid) after recovery from the illness for a prolonged period of time (e.g., up to five years). A person cannot transmit the virus during the incubation period.

Case definitions
The World Health Organization (WHO) developed standard case definitions to facilitate the detection and reporting of suspected, probable, confirmed cases, deaths, and contacts of Ebola virus disease (EVD), which includes SVD8. Countries are recommended to adopt these definitions to their local contexts. In addition, in countries where there is an active ongoing outbreak like Uganda, community case definitions should be developed in addition to those used by mobile health teams and health facilities. 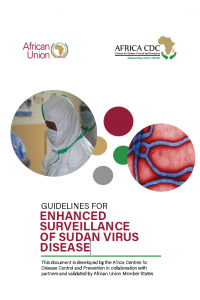 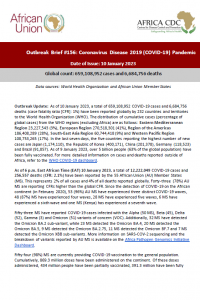 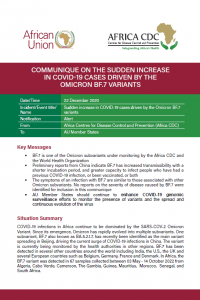 Communique on the Sudden Increase in COVID-19 Cases driven by the Omicron BF.7 Variants 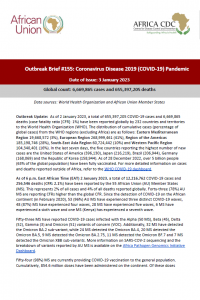 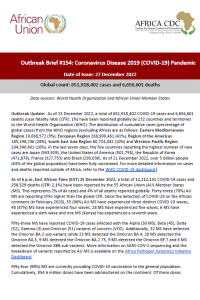 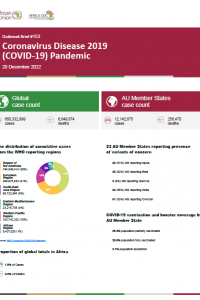 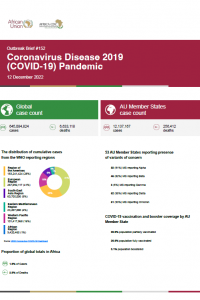