Access to the vaccine manufactured in Africa to the International purchasing and distribution Platforms.
The Heads of State and Government welcomed the comprehensive briefing by the H.E Matamela Cyril Ramaphosa, AU Champion for the COVID-19 Pandemic Response which highlighted the achievements of the AU COVID-19 Commission and the significant progress made towards vaccine production on the Continent.
The Heads of State and Government commended the achievements realized thus far, including the establishment of vaccine manufacturing facilities.
The Heads of State and Government commended the efforts undertaken by African countries to enhance health security in Africa by local production of vaccines and expressed concern regarding the low levels of purchase of vaccines from African vaccine manufacturers by both local and international procurers.
The Heads of State and Government expressed strong concern that global vaccines purchasing facilities like the Global Vaccine Alliance (GAVI) have been slow to support the continent to develop its own vaccine manufacturing capacity by using only manufacturing hubs outside of Africa and therefore hampering African-based manufacturing. They invited all organisations and agencies responsible for bulk purchasing of vaccines such as African Governments, the COVAX facility, Gavi, UNICEF, inter alia, to prioritize procuring vaccines meant for African countries from African producers. The Bureau called for GAVI and other partners to offtake at least 30 per cent of all vaccines produced by the continent for global consumption.
The Heads of State and Government further expressed concern regarding the low COVID-19 vaccination rate currently at 16% on the Continent and reiterated the need for all necessary measures to be put in place by African Governments with support from Africa CDC to increase vaccination rates across the Continent.
The Heads of State and Government expressed support to the recommendations made by the AU Champion for the COVID-19 Response which include. Firstly, to establish a working group of vaccine manufacturers in Africa, coordinated by the Africa CDC as part of the Partnership for Africa Vaccine Manufacturing, inclusive of those countries aspiring to produce vaccines. Secondly, set up procurement mechanisms, through AVAT/T, Africa CDC, and Common African Pooled Procurement System (CAPPS) for public health products, to ensure certainty of demand for African-manufactured vaccines and other relevant pharmaceutical products by the end of the year. This is a critical aspect of securing off-take agreements for the vaccines and essential medicines and health products. Thirdly, set up a mechanism to support manufacturers with business case development. Fourthly, to engage in high-level advocacy with GAVI, COVAX, African governments and other stakeholders to encourage support for the emerging African vaccine manufacturing industry. Finally, and very importantly, committed to increase the demand for vaccines in Africa with a political will and commitment to reach the vaccination targets agreed to by the AU and to meet the 70 per cent target set by the WHO by the end of the year. As such committed to fulfilling the significant lag in deliveries relative to the contractual delivery programme through AVAT/T and Afrexim Bank, and called on Member States to take delivery of their contracted vaccine doses and make payments on due date.
The Heads of State and Government underscored the need for the Continent to have a united position to ensure that the multilateral agencies and philanthropists that provide vaccines to Africa should source them from African producers, hence guaranteeing Africa access to the vaccine market.
The Heads of State and Government also reiterated their support on the need to strengthen African institutions including the Africa CDC, the African Medicines Agency (AMA), and the Africa Vaccines Acquisition Task team and Trust (AVAT/T).
The Bureau of the Assembly recognized the great efforts done by key partners such as the Africa Medical Supplies Platform (AMSP), the AVAT/T, and the immense support provided by the continent’s technical and financial institutions, particularly the UN Economic Commission for Africa (UNECA) and African Export-Import Bank (Afreximbank).
The Heads of State and Government commended H.E Matamela Cyril Ramaphosa, AU Champion for the COVID-19 Pandemic Response for his continued strategic guidance and leadership in effectively leading the continental response to COVID-19 on the Continent. 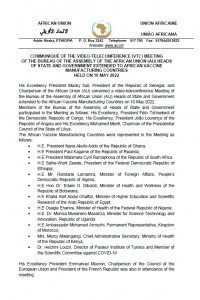 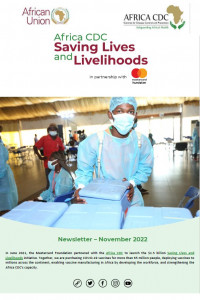 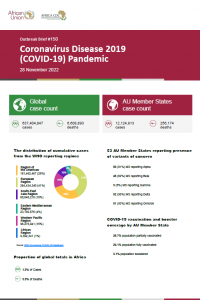 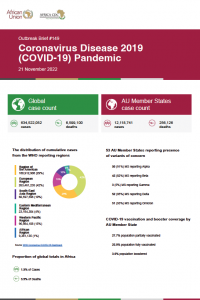 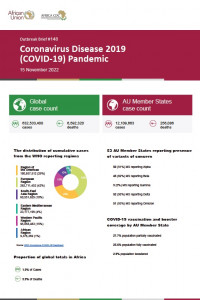 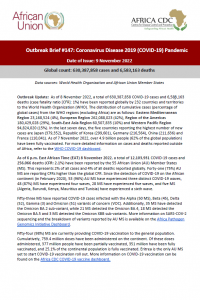 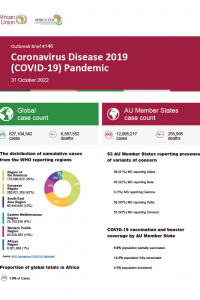